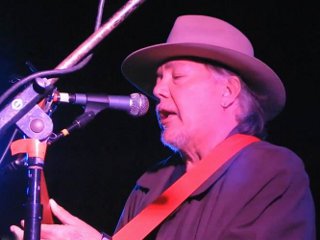 One of the great parts of doing this podcast/website/community thing called Indy In-Tune has always been meeting new players and watching them develop their craft over years at a time. Some of them are top bands in the area that have move on to regional and national recognition, some of them are garage bands that never quite make it out of the garage. Once I even interviewed a band that pretty much broke up the day after the podcast was recorded. Sure a lot of times I'm just spotlighting artists everyone has heard and playing tracks everyone already owns, but then there are those shows where I'm introducing someone I really admire, but I know 95% of you have never even heard of before. Then we come to my friend Mike Myers, whom many of you know, many of you have heard, but I guarantee very few of you have heard him like you're going to hear him on this episode.

I can't say I wouldn't have ever met Mike Myers if it wasn't for Indy In-Tune. We're both regulars at the open mic around the corner from Studio B. We were drinking buddies probably before he even knew what was going on in my basement. I'd heard him play probably a hundred times, usually cover fare that most people whip out on stages like Claude and Annie's which I rarely taken notice of anymore, but sing along with subconsciously almost every time. As we allude to in the show though, there was one night in particular, when he stripped everything down to the basics and played his original songs, that those people in the room that night saw magic, and I knew that was the Mike Myers I had to show everyone. This interview, long in the making, I think captures both the personal warmth and simple charm of his music, and the personable warmth and witty charm of his personality. Of course, he's not like this in real life ... but he does make a fascinating interview.