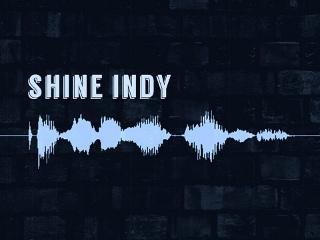 I'm hard-pressed to find another booking/promotions outfit that has done as much for the local music as those boys from Shine.  People like Ben Cannon are those rare individuals who think about local music and what they can do to make it better practically 24/7.  Their continuing efforts show an on-gong dedication to quality and putting the artist and the music first and foremost.  These are the people who slap their name on event and then not even show up, figuring that the mere fact that they acknowledged you elevates your standing and their indie credibility.  Shine is first and foremost a team, and you can rest assured, they will do everything they can to make sure you succeed. Surviving in the fickle realm of the local music scene is pretty tricky.  Expanding yourself year after year with more frequent offerings and entirely new services is very impressive.  The fact that they can do this for multiple years now without anybody having a bad thing to say about their experience working with them is an unprecedented and monumental feat.

Ryan Gibbons, familiar to many of you as the producer/writer/musician behind such bands as Thursday Book Club, Black Market Binary, and Half-Life ... as well as his own solo work.  By adding Ryan's undisputed talents to the Shine arsenal, Ben Cannon has upped the ante on what Shine can do for an artist by adding a high-quality, physical product to supplement the magic of the live performance.  For today's show, Ryan brings us six (technically, seven) tracks that he has had a hand in and that showcase the breadth of incredible artistry from our local scene that Shine has partnered with.