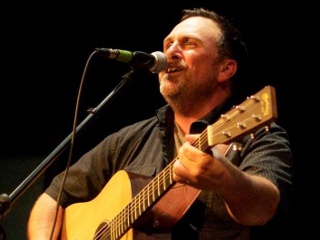 Our busiest year ever continues.  I believe I am now in record territory for most podcasts I've put out in a year. (Actually, it shatters it when you consider I now regularly put out three different podcasts and have guested on two others so far this year).  This episode marks the first of four episodes recorded back-to-back, which seems to be the rythm we're in right now on alternate Saturdays.  It's also the main reason you're seeing a lot of carry-over guests hosts and in-jokes from previous episodes and is a strong argument for why you need to download each and every show.  Basically these are a lot of fun to do, but as anyone who has waited patiently for their show to get out on the feed will tell you, editing and mastering is a pain with volume levelling, time crunching, writing endless introductory posts (like this one), and meticulously researching show notes now several times a week.

Kicking of this block of shows is James Kramer, a musical chameleon who over a long career has been seen to play jam band, bluegrass, rock, blues, country, and singer/songwriter.  For this episode, he treats us to a couple of live in-studio performances, a classic cut, and previously unheard cut from his upcoming album.  Those four tracks alone show the range of his influences and abilities, but at the same time you can't help but feel there must be a lot more lurking under that mischevious grin of his.