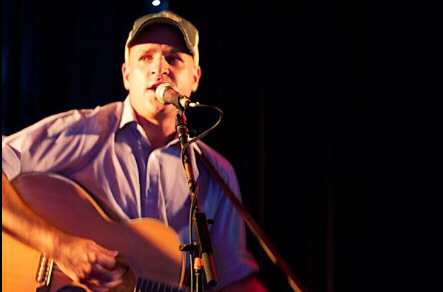 Sure. A lot of guys in your college dorm picked up a guitar for the first time. They strummed Dylan covers and tried to woo the ladies. Chad Mills may have been one of those guys -- at first.

The difference was that Mills unburied a gift during those college days. It turned out, this kid could write.... And sing... And play. Never claiming to be a guitar virtuoso, Mills just knew he loved music -- making it, sharing it -- and his music has grown exponentially each year thereafter. As a husband, father of three, and full time civil engineer, he still somehow manages to play an average of 120 live shows a year. That, my friends, is passion.

While Mills has clearly grown into his own style, he freely lets his music reflect the ebbs and flows of his personal musical tastes of the moment. Listen to his albums and you'll find a pensive acoustic crooner on one track, a bluegrass tale-spinner on the next. Toss in a soulful sociopolitical commentary and you're starting to scratch the surface of Chad Mills. Like Indiana weather: not sure you dig this song? Wait five minutes. It'll change.

But make sure to listen. This singer's gifts are his words. Undeniably. There will be a line -- a song -- an album -- that resonates with you. Chad Mills was down the hall in your dorm. Now he lives in your town and plays at your bar.

Featured as one of Indy's top "Up and Coming" Roots/Americana Artists
- NUVO Nightlife Guide, 2009

"..As a vocalist and songwriter, he's one of the very best in town. There's an honest spirituality to each song that's hard to quantify."
- Wayne Bertsch "BARFLY" comic in NUVO Weekly, 2007

"Chad has really hit his stride with his latest album '2 Places @ Once. He sings of love, angst & accountability."
- Nora Spitznogle, Broad Ripple Gazette, 2006

Spring in My Eyes

Back by popular demand for a limited time only, "I support local music ... and yes, that does make me better than you." Show the world that you, too, are a proud elitist music snob! Get yours before time runs out...
© 2006 - 2021 | Site design and coding by Darrin Snider | Content by Indy In-Tune and the Credited Artists and Writers | Layout by HTML5 UP