An In-Snide Look: I Think I Could Get Used to this Life Sometimes 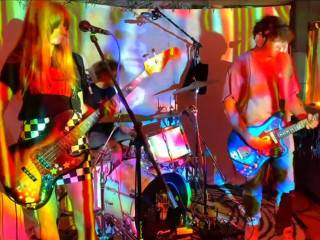 In January of 2004, I crowded into one of the new state-of-the-art digital movie theaters in downtown Indy to watch a live, world-premiere broadcast of a documentary about my favorite band, Yes. The documentary was introduced by the band via close-circuit satellite broadcast (which, actually, failed due to technical difficulties with the rather new setup) and followed by a live acoustic set, which was, mercifully, flawless. While I didnt know or care much about the limits of the technology at the time (only *GASP* 1080P resolution due to the limits of Internet bandwidth) it was a truly novel experience. As we stood in line, I saw the same local Yes contingency I had stood in line outside Karma Records so many Saturday mornings at the crack of dawn, hoping to score good tickets to their upcoming concert. I got some commemorative swag, which was free for once! Best of all, I got to see the first all-acoustic concert the band had ever performed, which in hindsight was more memorable than seeing them play Roundabout and Owner of a Lonely Heart for the  lessee  fourteenth tour?!

The real novelty came when, while standing in line, my phone rang. It was an old friend who had recently moved to Seattle, with whom I originally bonded after seeing he was wearing a Relayer T-shirt, and I was wearing a Union tour shirt. He had just called to confirm that we were both standing in line to see the same concert, 2000 miles apart. This gave the whole evening a new sci-fi feel. Would this be how concerts worked in the future? Would the failing (or so we were told at the time) music industry save its profit margins by having fewer shows with more people crammed in to theaters where they could see the band thirty feet high with near-perfect audio quality? (Okay, I realize this will be a real problem for a lot of bands who rely on distance, crowd noise, and distorted reverb to cover up some  fundamental shortcomings  in the live performance.) Would Deer Creek be shutting down in favor of the rumored IMAX theater that would soon be built at Hamilton Town Center? Frankly, the Yes show was amazingly good, and concerts had recently become very expensive mediocre experiences. We probably would have signed on for it on the spot, if asked.

Sadly, it wasnt the case, and aside from the occasional big-ticket item, and a series of broadcasts from the Metropolitan Opera House (which are now done nightly on their web site), streaming performances didnt catch on the way we had predicted or hoped.

That was, at least until recently. Obviously the Covid quarantine temporarily shutting down (if not outright killing) venues has forced a lot of bands to revisit the idea of the live stream. Hell, even Indy In-Tune dipped a toe in and did a few live streams of our usual Saturday afternoon broadcasts, which I am vehemently opposed to, but relented since we werent allowed to have guests over and, thus, werent exactly pushing the upper limits of entertainment anyway. In the last few months Ive enjoyed watching a number of live streams from musician friends in the area, as well as the 20/20 Sessions and their new Under the Influence  series. Its been a great way to at least FEEL like were all still hanging out together at a bar or coffee shop, or on Pres Maxsons spaceship, since that show didnt feel normal at all. The thing was, because these were people I message and video chat with on a pretty regular basis anyway, it didnt feel all that novel. Just a bit weird.

On the other hand, last night I spent the evening watching one of my favorite (non-local) bands, Ringo Deathstarr, premiere their live video album, which was much closer to that surreal concert-going experience I envisioned back in 2004. Actually it was better, since I watched it while lying on my bed instead of in a movie theater. Who knew we'd have "almost 4K" streaming to our homes in a few years, eh? All the originally-predicted elements were there, and then some. The show featured a running chat room in the same window for the fans to kibitz during the show (couldnt do that in a movie theater in 2004). In fact, the band themselves were in the chat room doing an AMA with the fans in attendance. My purchase level included some swag and a download of the show for what was essentially about the same price as a cover charge, a t-shirt, and a CD  which I would have purchased anyway if they played a show here in town. (Realistically, we all know Im pretty much going to pay the guarantee and plane fare to book them myself, since none of the venues around here seem to be amicable to my music anymore. Ringo Deathstarr, Frankie Rose, and the Mt. Ossa reunion tour in 2021!!!)

What worked well for this show, for live streams in general, and what can your band do to make your stream more appealing? Well, a lot actually, but lets break it down. Sound quality was everything. I know most people dont know how to hook a live stream up to their nice televisions and sound systems, and instead watch on their phones and tablets, but bands should definitely forego the iPhone on a stand approach and run at least a small mixer with minimal EQ and effects. It makes all the difference. Visuals were compelling  it looked like a three (maybe four?) camera setup from their practice space with some cool acid splash and color effects going on. Again, much more appealing than an iPhone on a stand in someones living room with a view of the overflowing trash can in the kitchen behind them. The chat room and simultaneous AMA with the band was a real treat. I know youre not supposed to talk during shows because it irritates the divas ( and Im sorry, if your venue doesnt have seats and I have to stand in line for four songs to get a beer, then youre just a bar; not a fancy listening room, get over yourselves), but its not often you get to ask a band about the finer points of a song while the song is playing. Well, unless youre me, and you have a radio station in your basement that hosts three or four bands on Saturday afternoon. These live streams should be intimate, an opportunity for the artists to show off their real personalities, and a way to build relationships with fans. You need to banter a bit between songs, and above all, be natural. Dont do that rehearsed chat thing. Fans can see through that.

So, as we got to discussing: as great as the experience was, what was missing from the "traditional concert experience?" Certainly, and most obviously, simply wearing headphones -- or even cranking your home theater -- youre missing that thump in the chest you get from the bass and kick drum. There's something visceral and animalistic about the connection between audience and musician when the player controls even your very blinking with something as simple as pockets of vibrating air pressure coming off their instruments. It's a strange kind of connection, and lets face it, also at least 90% of the live music experience. What else was lacking? Well, schlepping a half-hour from the burbs down to the venue, spending 15 minutes looking for a parking spot (or paying stupidly high rates for one), drinks that cost 2-4 times more than buying them at a liquor store, some drunken dingbat pushing past me because she wants to stand close to the guitarist, and a surly waitress who takes half the show to bring me a rum and coke, then gets offended and pissed off at me when I point out that I ordered a beer and dont even particularly like rum and coke. So yeah, aside from the aforementioned thumping bit, I think I could probably give up live venues.

But, sadly, I do need that thumping bit.