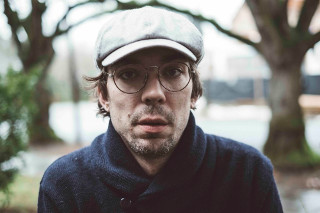 By Amy Foxworthy and Sonya Boyd

Justin Townes Earle will grace Indianapolis with a stop on his solo tour through the United States and Australia with special guest Lilly Hiatt.

Get ready for an all-around good-time show. Since 2007, JTE has released 7 LPs and 1 EP  including his newest album, Kids in the Street (2017). His unique music style has been described as everything from Americana, Country, folk, Blues, and Soul - and its been said that he puts on his most amazing shows in theaters and small intimate venues. Come out to the show and send Justin and Lilly off with tons of Hoosier love before they head to Kalamazoo, Michigan.

If youve never been lucky enough to catch a Justin Townes Earle live show, or even if you have, youre in for a treat this time around.

Generally, JTE has his right-hand man Paul Niehaus (steel guitar player) along with some perfectly chosen guest musicians with him on tour. This time, as he's been known to do in the past, he's doing a stripped down solo tour; just the man and his guitar. The last time he did this, he went out every night without a set list and just played what his heart desired, and it was a truly beautiful and moving experience. His confidence as a seasoned musician at 36, and his quick Southern wit and charm draw the audience in.  He tells stories about his life and imparts knowledge of the importance of music, and the preservation of history and baseball. He gives advice on sobriety, and tells the truth of when he wasn't.

JTE, while obviously paying homage to the influences of his father and namesake, has a music style all his own. Never afraid to be himself or make the music he wants, his wide variety of musical influences are evident in his songwriting.  His music is whiskey-soaked honkytonk, then jazz-influenced, to beautiful, soul-stirring gospel sounds, all the way to Memphis blues. His latest album, Kids in the Street is an open and inviting exploration of the cornucopia that is his musical inspiration.

Justin Townes Earles music invokes feelings of real, raw emotion from joy in simple things; appreciating what life teaches us, to sadness, tales of sorrow, and back around to finding strength and the endurance to rise above; there is an unmatched truth and honesty in JTE's songwriting.

It is this authenticity, and the realness of the thing, that touches an audience.  His writing style is literary-influenced; he's a well-read songwriter who blends Southern styles and ways with vast knowledge of literature in a way that is both thought-provoking and genuine. His song writing, lyrics and performances leave no doubt that he is the real deal. Justin Townes Earle is the truth.

Sonya Boyd, Maven of the Indianapolis Local Music Scene, and Queen Matriarch of The Mancave, is a die-hard, dedicated JTE fan who advises everyone to come out to the show Wednesday. JTE is my absolute favorite singer of all time. I was hooked on his music the very first time I heard it. Seeing him live is the highlight of my year. We generally see him 2-3 times every year.

Jeremy Porter, of the fantastic Michigan Rock & Roll Band, Jeremy Porter and the Tucos, said, Justin Townes Earle puts it all out there, through the stories he tells and the images he conjures in his songs, with an intense emotion and pain in his voice that just can't be forced or fabricated. It doesn't hurt that the songs are beautiful and he's surrounded by great musicians (and a great one himself), but that's what ultimately sets him apart from his peers - the crack in his voice that exposes the darkness he's known. It's goddamn mesmerizing.

Come out to the Hi-Fi Wednesday night to catch Justin Townes Earles solo set, and a great performance from Nashville-based indie/rock/country/folk artist Lilly Hiatt (daughter of John Hiatt).  Check out more information on both artists below.

Kids In The Street is the veteran songwriters most pleasing and playful effort to date. NPR Music

"Never one to be constrained by the straitjacket of country orthodoxy, Earle infuses his songs with elements of classic soul (Champagne Corolla) and jazz (the delightfully breezy Whats Goin Wrong). Best of all, though, is the title track, a moving reflection on the gentrification of the Nashville neighbourhood in which he grew up." The Guardian 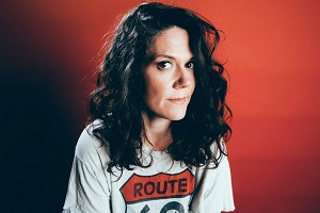 Video for her song The Night David Bowie Died  https://www.youtube.com/watch?v=aj_CWLRfjp4&feature=youtu.be

"With a tremendous amount of swagger, [Hiatt] wields her guitar like a weapon while that distinctly southern accent of hers delivers vocal melodies that are in turns deep, bluesy, fearless and sweet." The Line Of Best Fit


Win Tickets on Do317:
http://bit.ly/JustinTownesEarleDo317

To reserve a VIP Table for this show
email boxoffice@hifiindy.com!