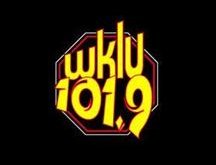 Word came down on Dave Lindquist's Twitter feed this afternoon:

Now there's a rush of conflicting emotions -- depression, anger, humor, self-righteousness.   On Dave's Facebook page there was a smattering of comments from people posting as if yet another celebrity had died.  Most of those posting were younger -- not the type I figured for "oldies radio listeners," whatever that demographic is these days.   Then it hit me: Is anybody really going to miss yet another 60's classic rock station?  (I think that's what they were anyway, they change formats to a new pre-historic era decade every six months it seems.)  Granted, WKLU was a step up from its competitors in this market, but isn't the evolution of musical tastes just part of the natural order of things?  It's not like 40-year-old music gets more popular every year, right?  It's not like a couple of decades ago when we had to scour used record stores to find an old LP or 45 containing some out-of-print song from yesterear.  These days, pretty much any song is available to us on demand, or through a quick 99-cent purchase.  It's only natural that, eventually, we get bored and move on. It's like that with anything, really.

For me, this is burying an old friend, one who died about five years ago (and I haven't given them an inch of slack about it since).  The WKLU station I loved, that was near and dear to me, was a scrappy little low-watt thing out of Brownsburg that you could only get on certain streets in town; that played deep album cuts and second-tier artists; that introduced me to the joys of Humble Pie, Badger, and String Cheese Incident; that taught me there was great music being made in garages all over the city with the Pop and Scratch Show and the "Whiskey Brothers Home Grown Rock Show" (and I've gone on record many times saying the similarities between that show and Indy In-Tune are not coincidental.)  I remember when radio used to be where I went to learn about new music out there, or to get re-introduced to something I overlooked the first time around.  These days, I can pretty much predict, "Coming up this hour: Tom Petty, Lynyrd Skynyrd, ZZ Top, Bob Seger, and John Mellencamp -- right after this quick commercial break."

Look, for the most part, aside from supporting my local music scene, I gave up on radio years ago.  If you want to get me (and most of the post-baby-boomer demographic) back, then you need to differentiate yourself as something other than an inferior-sounding iPod locked into a twenty-song shuffle that gets interrupted every two or three songs to try to sell me something I don't care about.  You can blame large corporate radio conglomerates (who aren't exactly raking in the dough either, by the way), you can blame on-line music distribution (even though the 45 RPM single was a boon you back in the day), you can even blame a lack of decent music being made by artists today (even though the entertainment industry is growing, thanks to their innovative new ways of pushing the same old product), but the fact is, the Emperor has no clothes.

My buddy Johnny Lyles (and apologies if you're reading this on my Facebook page and the source marterial I'm citing is still directly blow this post) says, "The musicians of today are living off the table scraps of the 60's artists."  While I say, "Radio of today is living off the table scraps of these things it used to have called 'personalities.'" Time was, there were scores of people like Alan Freed, Scott Muni, Casey Kasem, Dick Biondi, Wolfman Jack, Jonathon Brandmeier, and Dr. Demento and the myriad local personalities who were a bigger draw than the songs they played.  These were the types of people you tuned in to "hang out" with.  Heck, I was an impressionable youth, and they were "cool" guys.  Some of them even had me listening to, and liking, disco back in the day!  That's how good they were.  Okay, maybe I'm a bit weird, having been raised in the age when WKRP in Cincinnati was a top-rated prime time show, but I still want my radio-listening experience to be like that.  These days, the distinction between one station who plays the same 50 classic rock hits and all the others, is lost because station managers dictate "less talk / more commercials."  Who listens to the radio for commercials, particularly when most of them are for medical services and educational institutions more than two-thirds of us have no need for?

It's not like those personalities have disappeared.  Sit down and talk to Libby Farr, Dave Wilson, Jay Baker, or Scott Roddy for fifteen minutes JUST about music.  For that matter let Laura Duncan clean your clock in a lyric war on Facebook or Twitter (you know, "social media"  -- it's one of those "new ways of pushing the old product" I mentioned in the previous paragraph"). Those people are fascinating treasure troves of knowledge! Gee, if only there was a medium to bottle those characters up and get them out to the masses as something other than "track announcers" and "copy readers."

I've heard it argued that I'm the only one who likes to hear DJ's talk, but is anyone out there screaming for Alice Cooper, Bob and Tom, or Ryan Seacrest to shut up (even though they probably should be)?  In this era of nationally-syndicated, watered-down, pre-programed celebrity radio shows, "good" local DJ's are a rare commodity, and one I felt that WKLU was underutilizing as they tried to go toe-to-toe against digital downloads and iPods that play exactly what we want to hear. Why do you think Podcasting and Internet radio took off practically overnight? There is still a significant number of people want content delivered with a personal stamp from someone who has a passion for the material -- not some corporate-driven cookie-cutter spiel that doesn't even recognize the irony of playing a bumper that says "Indy's New Rock Alternative" followed immediately by an 18-year-old Nirvanna song.  Fact is, if there is a market need that isn't being met, people will create it themselves, and with podcasting and internet radio, we did.  Let's face it, when WKLU was in trouble, did you see the massive grassroots movements to save it the way we had when the RIAA took on the Internet broadcasters?

You can call this armchair quarterbacking from a know-nothing wannabe, or at best an apples to oranges comparison.  Yeah, maybe my numbers aren't as big as even WKLU's.  Still, I've sold advertising just fine for my site, enough to keep it running and occasionally buy a round of beer for my guests.  I can't honestly tell the difference between 500 subscribers and 5000 subscribers, it doesn't really affect my bottom line if anybody listens.  I know almost exactly how many listeners I have for each show, I have chatted with a lot of them personally on-line or at show recordings, and I frequently solicit feedback from them about what they're into musically, as well as what they like and don't like about what I'm doing. While I do watch and set goals for expanding my ratings, the truth is, I'd still put out Indy In-Tune if I only had 5 listeners -- because I know those five are as passionate about the music as I am.

So, you're right, maybe there's no comparison. But consider: with NO budget, NO resources, and NO experience ... in fact nothing but an honest up-front agenda, a passion for what I was talking about, and a little technical know-how, I (and a lot of others like me), put ourselves on the radar and made "indie" (whatever that is anymore) work at this level -- and we didn't do it by trying to be all things to all people, or by trying to follow some outdated formula that hasn't worked for years, then moaned and complained about large megameda corporations when it continued to not work.  We did it by connecting with the like-minds out there who weren't getting what they wanted from their current entertainment options, and showing them something with a fresh angle and different spin on it.  So, just imagine for a minute what WKLU could have done if they'd thought outside the box a little.

But, heck, if you want to whine about competing with corporate America's unfair advantages, that's fine too.  Just don't expect them, or me, to grow a heart.