Mix Tape Monday: Stuff I Feel Like I May Be the Only Person Who Owns It 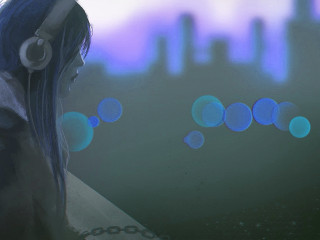 We've talked a lot about how music means different things to different people and how you inexplicably like some bands or just never got into others, even though you can find no objective reason why. We've even discussed my theories about how your favorite music is music that you either discovered yourself, or you have an accidental association with that feels unique to you. Certainly seems true. My aunt gave me a box of 8-tracks that happened to contain Rush's Hemispheres. I can tell you it was two different guys named Steve that got me into Yes. One via Tales from Topographic Oceans, the other via Big Generator. Keith Buckley (while helping me build up my Yes Solo album catalog, ironically) threw in Mike Oldfield's Ommadawn, suspecting I might like it. Brendan Grube tossed me my first two Chick Corea CD's. That was a far as the introduction went however. Obsessing over the back catalog, bootlegs, side projects, and rarities from each of these bands on my own is what makes that music special to me.

Those of course are pretty obvious examples, and I'm sure the majority of people who read this blog are familiar with them. On the other hand, I also have a huge collection of crazy stuff that few people will have heard of, and that I definitely found on my own. This is what I used to call "lonely" music, because in the days before the Internet, I didn't know anybody else who liked these artists, and you couldn't just pop on Twitter and ask if they had other albums, or even any old demos sitting around that I hadn't heard before. .

Darrin's Secret Stash He's Pretty Sure Nobody Else Has Ever Heard of:

Clyde Criner -- The Blue Rose Bought this randomly from a cut-out bin on cassette in the early 90's. No idea even what kind of music it was. Fell in love. Later tracked it down on CD. Still one of a handful of albums I keep on my phone and share whenever possible since it's not available on any streaming service I can find.

Mike Vickers -- Retribution Well, maybe this isn't obscure to anyone my age living in the UK, where it was better known as Theme From Kremmen of the Star Corps. Recently figured out exactly what track it was. Okay, maybe a bit cornier-sounding than I remember, but to me, this just SOUNDS like my childhood in 1978.

PoemPhone -- New Word Order Believe it or not, I went through a "poetry phase." PoemPhone was neat in that it was a great mix of the New York slam scene, which introduced me to poets who had side projects ... like King Missile, Golden Palominos, and in this case a guy named M. Doughty who fronted a little band called Soul Coughing.

Toy Matinee -- Queen of Misery Living in Broad Ripple one weekend, I was sitting around incredibly bored, so I popped up the street to Coconuts Music and bought this on a whim, because it had Guy Pratt (Pink Floyd) and Kevin Gilbert (Stanley Snail) on it. Not what I expected, but still a fun album.

Doug Clark and the Hot Nuts -- Baby Let Me Bang Your Box Somehow, at the tender age of six, when my dad gave me a stack of his old vinyl to help me build my first fledgling music library, he (accidentally or on purpose) included his extensive collection of Doug Clark and Hot Nuts. My mother was, shall we say, a bit irritated at that, since they are definitely NOT appropriate for six-year-olds.

Deathslayer -- Journey for Light Call this one the textbook "need to carve out my own uniqueness in high school" phase. In the metal crowd, we were all known for having our own favorite bands. Sadly, by the time I moved to Indiana, all the good combinations of bands people knew were taken, but I had a pretty good knowledge of semi-obscure underground metal bands (sound familiar?), so I settled on Sabbath, Lee Aaron, and Deathslayer as my unique signature sound. Sadly, Deathslayer never really got past a few demos, and what I had what were probably fifth-generation copies.

Brownsville Station -- Mr. Johnson Sez Not so much the band, everyone knows the band, but this was one of my favorite albums at age seven. Probably annoyed the crap out of my parents with it. Sadly, it never made it to CD, so analog rips are about all you'll find out there. This particular track is neat because I had no idea who "Mr. Johnson" was or why he had so much bad luck ... well, until I was a lot older.

Otto Luening -- Synthesis for Orchestra and Electric Sound Another weird kick I got into in the 80's was electronic composition, mostly because of Wendy Carlos' Tron Soundtrack, which was a bit more accessible than where that rabbit hole, and the MSU music library, eventually lead me.

Steve Lacy-- The Rise Saw his name on a list of great jazz saxophonists with a description indicating he was a leader of the avante garde movement. I thought, "Hey, cool! Jazz has an equivalent of prog?! I'm going to love this!" I did NOT, in fact, love it. Though now I know why nobody else has heard of him.

Got a band or artist you love that it seems like only you know about? Have a suggestion for a future mix tape? Want to submit your own "guest mixed tape" to be featured here? Comments are available below...