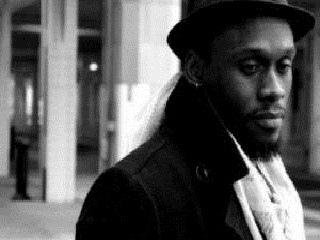 Foxy@Indy In-Tune: Hello, and thanks so much for talking with us; its an honor! Were really excited to be a part of the upcoming, sure-to-be-epic event at Sabbatical on October 11th where you will actually be recording your new album live, correct?? Tell us a little bit about that and how this all came to be.

Bashiri Asad: it actually started with a conversation that I was having with Ben (SHINE Indy), Darrin (Indy In-Tune) & Ryan Gibbons (SHINE Indy). We were complimenting the awesomeness of Sabbatical as a venue, and I started asking questions about if anyone had ever done a live recording there, and the concept evolved from that!

IIT: Anything you can tell us about the new album, or we just have to come check out the live recording and see? Is there any sort of theme--or, whats the vibe of this album?

BA: I had decided that I would dedicate the year to paying tribute to artists that I love, and songs that speak to me! I'll be paying tribute to my Classic Icons, acoustically, while sprinkling some originals into the show!

IIT: Can you tell me about the writing/producing of it? How long did you work on it, did you work with any other artists; anything different or special about the way you went about making this album as opposed to the previous albums?

BA: we, most of the tunes that are being covered are songs that I've ALWAYS wanted to record! One tune, a classic Frankie Beverly joint, is a song that I've never sung before, so I'm pretty interested in how that will sound. Another, a legendary Sam Cooke joint, I've always wanted to do, acoustically!

IIT: When did you first start playing music in Indy and where was your first real gig, and do you remember any particularly vivid memory from that show?

BA: I, and a guitarist colleague put a band together and did a show at The Urban Element (which is now closed). I remember being SOOOO nervous that no one would come to the show! Then when the place PACKED out, I became terrified that people would not dig the show! So I closed my eyes during the show, and out of habit I still do it today.

IIT: Tell me your feelings/compare and contrast the way you feel about playing live vs. recording/being in the studio.

BA: I LOVE to perform live, there's no comparison! But I'm learning to love the recording process. I'm excited that I get I have the chance to bring the two together in one night!

IIT: Tell me about some of your relationships locally with musicians. Who have you worked with a lot here in Indy, and who are your favorites locally, not just to play with, but that you are a fan of.

BA: I've had the pleasure of working with artists like : Rob Dixion, Audiodacity, Cynthia Layne, Jenn Cristy, Rusty Redenbacher, Jenny DeVoe, and a host of other artists! I'm a fan of all of these artists, as well as Native Sun, KOOL'S Bazaar Jus Will, & Januarie York to name a few.

IIT: I also worked as part of WARMfest and I got to see you ever so briefly there, and I may have even met you... you were speaking with Reggie Bishop and I came to say hello I think... how did you like playing there? Or, how was being part of WARMfest from your experience?

BA: I loved playing WARMfest! Hell, I felt that me and the band should've played the big stage(just my ambition ??)! As a local national artist, it's important that we should look to play big festivals at home before trying to book elsewhere! It also looks great for the city, as a music scene to have your acts on a festival in your city! But it was a blast to play this year!

IIT: What do you sit and listen to for entertainment like, its 4:00 on a Tuesday, youre listening to what? What can you NOT get enough of lately, musically? Is there any particular artist that is rocking your world right now?

IIT: Do you have an opinion about, or ideas about what soul artists might be able do to compete against popular styles like rap, hip hop, pop, garbage, etc.? How they might gain a greater radio audience.

BA: Well even though the radio is popular, internet radio is the way for indie artists to thrive! In an age where people don't have to buy cd's, the best way (in my opinion) to sell merchandise is via live shows. My advice is to work on and provide great shows to sell you and your merchandise to the people! It isn't about competing with the radio, but more so about creating a market for themselves. There are billions of people in the world, why not create variety for them all?

IIT: Is there any one person or one artist that really inspired you in your youth or in the beginning of your musical endeavors that really made you go, Yeah, this is what I want to do?

BA: Eric Roberson and Gil Scott-Heron for starters! Both are/were indie and do/did it their own way!

IIT: Looking forward, what do you want to explore next, anything you havent really tried but want to some day? Is there anything crazy musically that youd never even think of trying, but would probably turn out pretty cool if you did? Like electro-folk-polka or something? Haha

BA: I recently was a featured vocalist on an alternative project by local producers Dr. Bass & Vicelikemiami called "EP 1(http://www.dbvlm.com/2014/03/ep1/)! Working with those guys has been wonderful!

IIT: Any sort of guilty pleasure; or something we might be surprised to see in your record collection?

BA: I listen to a lot of DOOM & Yasin Bey! They inspire me to be better at writing (both are indies as well)!

IIT: Thanks so much for taking the time to answer some questions and we cant wait to see you and be a part of this big night with you, and several amazing local artists, next Saturday at Sabbatical!

BA: many thanks for taking the time to interview me! I hope you enjoy the event and music, Amy!