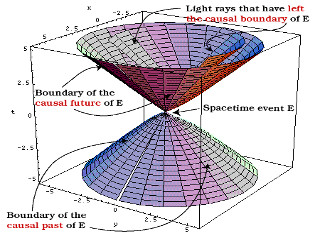 If you had a time machine, and could go back and alter any one event in musical history, what would you change?

Ah, yes, the old time travel paradox. Sorry, I've been an avid sci-fi fan for too many decades now to answer that question without considerable thought. Each time this question is posed in a lightning round, answers invariably center around saving the life of a musician, the most-popular targets being John Lennon, Jimi Hendrix, Curt Cobain, and the like. The more I think about it, the more I think this is the wrong approach. Musician deaths, particularly tragic ones, almost always become defining points that drive music forward more efficiently than their musical works themselves.

Take for example Buddy Holly, whose sound crossed boundaries and influenced both early rock and early country. Now imagine an alternate 1963 where America isn't a nation in mourning for rock and roll (and seriously in need of some new stuff in what with Chuck Berry in jail, Elvis in the Army, and Jerry Lee Lewis blacklisted). If we had current hits from Hollie, Valens, and Cochrane to listen to, what would we really have thought of four mop-headed impersonators from Liverpool who stole everything, including their band's name (Beatles? ... Crickets?) from our ruling king of rock and roll? And if the Beatles failed to catch on, would record labels have been frightened off of bands like The Stones, The Who, Cream, et al? Similar arguments could be made for what I believe are the key rallying cries of the next three decades -- Jimi Hendrix, Randy Rhoads, and Kurt Cobain respectively -- all of whom were arguably more famous in death, and all of whom instantly spawned a resurgence in their particular style of music (commercially and critically) that largely defined the sound new bands would take for the rest of that decade. From this regard, their deaths were necessary.  Seriously.  Randy Rhoads lives: Ozzy languishes in mediocrity after Rhoads quits the band, Quiet Riot never gets picked up by Columbia, new wave music rules the Sunset Strip throughout the 80's.

At the other end of the spectrum, there are other types artists you can save, such as Elvis, Michael Jackson, and John Lennon. These would be largely selfish quests, to be sure. All three of them most definitely had their best work behind them and had ceased to be a "direct" influence on contemporary bands at the time of their death. Saving them would have resulted in a few passable-to-good albums, maybe some memoirs and a few rounds on the late night talk shows, but honestly do we really think they would ever have come up with anything revolutionary with the rest of their careers that was on par with their early work?

Finally, there is arguably a small group of musicians who died before reaching the peak of what they were capable of, and that I really think would have gone on to drastically impact things had they survived. Examples that come immediately to mind are Stevie Ray Vaughn, Townes Van Zandt, and Duane Allman. Saving artists in this group would no doubt drastically alter the course of music (and probably wipe some of our favorite bands from the timeline), but I think the net result would be for the better. Sure much of the emotional impact that Layla and Fillmore East albums have on me is rooted in the context that they were recorded just a few weeks before Duane's death, but seriously, think about an alternate history where in the 1970's he and Eric Clapton keep Derek and the Dominos rolling after that first album, and go on to  complete head-to-head for our eardrums in a friendly rock feud with Led Zeppelin over the course of six or seven more albums, each challenging and driving the other to progress their music into new directions every year. Where would less-virtuoso bands like the Rolling Stones and Lynyrd Skynyrd fit in a world like that? Would they rise to the occasion or vanish in the din? Actually, when you start analyzing it, with Duane alive and active, I will argue that the popularity of the song Freebird (often mistakenly taken as a memorial to Allman and owing much of its success to the synchronous timing of its release the week prior to his death) is likely severely diminished if not completely forgotten soon after it comes out, and bar room musicians all over the country are spared one of the worst jokes ever for the next four decades. As goes Freebird, so goes Skynyrd?  Outclassed and outgunned?  It's just my theory.

Next time, we'll take a look at my suggestions to put that time machine to much better use.  Meanwhile, throw a couple of ideas in the comments and let's explore what might have been.