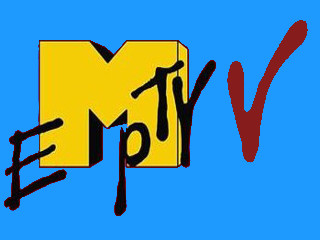 If you had a time machine, and could go back and alter any one event in musical history, what would you change?

So, in Part One I illustrated why I'm completely against saving musician's lives simply because their deaths form a part of the context of their life's work and serve to change the course of music often times more than their music itself could do without that context of tragedy. In this installment, we'll take a look at alternate musical histories that don't revolve around the obvious "save the martyr" principle.

While it's generally easy to find defining moments where great things originate; it's harder to find the nexus where you can eliminate the bad, to say nothing of the long-term repercussions. Killing Yoko almost certainly would not have kept the Beatles together for more than a couple of months, but could a well-timed scolding word to a young Lennon and McCartney have made them more conscious of how they treat each other as adults? So what if they stayed together (maybe replacing Ringo with John Bonham or something)? Based on their trajectory at the time of the White Album and Abbey Road, surely they'd be little more than a novelty act still most-fondly remember for their 1960's output, and the butt of a lot of jokes about "geriatric rockers" ... much like the Stones are today. Would it lead to greater things if we break the Stones up or have Mick or Keith meet with a tragic end right about the time they parted ways with Mick Taylor? (Don't worry, guys I love ya and would never advocate killing anyone for any purpose other than hypothetical, psychological in a blog.)

I eluded that I believe the popularity of the Beatles (which led to the subsequent popularity of a lot of other British bands we can name) owes as much to the timing of their arrival on the scene as it does to the musical talents of the band itself. What other "right place at the right time" instances exist?  Is there a point where a simple shift in the order of a talent scout's slush pile, or alteration to a record execs blood sugar levels, would have resulted in a resurgence of, say, punk rock instead of disco in the late 1970's. That might be fun.

So much of what has driven music has been an accident or perfect convergence of non-musical events, such as wars, bad breakups, personal tragedies, and extreme political events that lead to the writing of songs and sometimes entire albums. Even technology, like the advent of the transistor in the late '40s, which within a decade turned giant console radios -- home to "audio theater" and news programs -- into the first portable music players that could fit in car dashboards and pockets, thus enabling music and radio to become part of a mobile youth culture at a time when it was endangered of being replaced by that newfangled thing called "television." This paradigm shift lead to changes in everything from the length and tempo of songs, to the instrumentation used to, to the recording and mixing techniques employed all to make something sound better on tiny little speakers or earphones.  There's something so perfect in that synchronicity that it feels like someone has already done the time travel trick to bring it about, doesn't it?

I suppose, and here's my own personal preference, if I had to track back and fix the point where I feel music first lost its way, I'd certainly find myself kicking Les Garland in the happy sack the first time he uttered the letters "MTV" in the hopes of preventing the trend of "style over substance" in bands, removing Snookie from our collective conscience, and saving the career of artists like Christopher Cross. Okay, so this also means that a scrappy little guy named Prince and his colorful, racially diverse band of insanely attractive people would probably still be playing clubs in Minneapolis. Still, you can't make an omelet without scrambling a few eggs.

Without MTV, music is, for a few more years at least, a bit less influenced by corporate money and sponsorship. Artists and record companies are more focused on art than hairstyles and clothes. 80's music in general is a bit more "risky." My favorite part, however, is that rather than homogenizing and all of the music in the world under a single influence (MTV's corporate masters), it remains the job of 20,000 radio stations to drive local and regional musical preferences in their individual markets. This was the kind of thing that up until that point, made New York music sound like New York, Chicago Music sound like Chicago, and Los Angeles music sound like Los Angeles. Sure there was still some diversity in geographical regions after MTV, but it was much less pronounced, and was usually called "indie" or "alternative."

Seriously think about that: being creative, inventive, and independent from the influence of corporate money is now an "alternative" to music.

MTV's lasting legacy, it seems, was to throw all of the ingredients of popular music into one bowl, stir them up, and make brown stew. Occasionally there are bright chunks of a carrot or potato recognizable, but mostly every bite tastes the same. Thirty plus years later, we are only just now recovering from what seemed like a good idea to make money at the time. What would I be listening to now if as a teenager in 1982, I wasn't one of the ignorant sheeple that plopped my ass down on a couch every afternoon to ogle Martha Quinn and Nina Blackwood, desperately hoping for a hair metal video to come up, but instead getting that damned Eurythmics song again? Dear God, what could I have done with my life!?