An In-Snide Look #327: Wherein We Are Annoyed by Public Radio 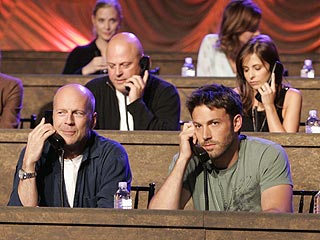 We'd like to talk to you for a minute about radio. How many times has this happened to you? You're out on a Friday night and you see a sign for "The Dead Squirrels" on a marquee? Your friend says, "Ewwww, another punk band, let's go somewhere else" and you answer, "No, actually they're the fun, up-and-coming duo of Jim Striesel and Donny Coyle who have a plucky, syncopated style reminiscent of Jason Mraz paired with a down-home heartland lyrical style. Or maybe you're in a record store and someone asks if, VilaFishburn is any good, to which you answer, "Why yes, they're one of the most unappreciated bands in the local scene, possessing the atmospheric overtones of classic Pink Floyd or Led Zeppelin with powerful vocals that speak of everything from mystic visions to the evils of the Suburban Homeowner's Association as a metaphor for fascism." Or, let's face it, how many times has the topic of spotted dick

come up in casual conversation, and you're the only one who doesn't snicker like a ten-year-old because you know it's actually sponge cake with dates and raisins, normally served with custard, and actually quite tasty? And when people ask how you got to be such an arrogant, elitist know-it-all, you answer, "I heard it on Indy In-Tune Radio."

You can't put a price on knowledge (unless you're Indiana University), and the respect you gain from being the smartest person in the room only costs you the derision and loathing of people you don't need in your life anyway, just ask Ryan Brewer. We can, unfortunately put a price on what it costs to impart this knowledge for free upon you, the unsuspecting masses. That price is $815.40 per year, plus beer ... lots of beer. Frankly, you have no clue how much beer some of these bands consume. I seriously considered going to an all high-school band format to cut back on the beer expenses. I mean, at least Irish finally got a job at a brewery so he can bring his own, but man that little ginger can put back some PBR if you don't keep an eye on him.

Yes, unlike those other guys doing a pledge drive this week, we don't get a $750K check from the government and a couple million from the Corporation for Public Broadcasting. Yes, unlike some other radio stations that interrupt their music every couple songs with two to three minutes of crass commercial messages, Indy In-Tune takes one 30-second break every ten songs to satisfy Jamie Jackson's tremendous ego pay tribute to Sam Ash music, who makes so much of our technical capability possible by supplying us with equipment that crackles and buzzes unless you are standing just right and holding the cable connector up and to the right. Or was it the left? *CRZCRACRCRCKRKRKRK* *BZZZZZZZZZZ* *POP* Oh, it's the right, never mind. Contrary to popular belief, Indy In-Tune is funded out of our own meager pockets, and we've also got an adorable four-year-old mouth to feed. What kind of a tightwad millennial takes food from a starving child, just because they think they're entitled to free music and beer?  You heartless bastards! Just look at this face!!! 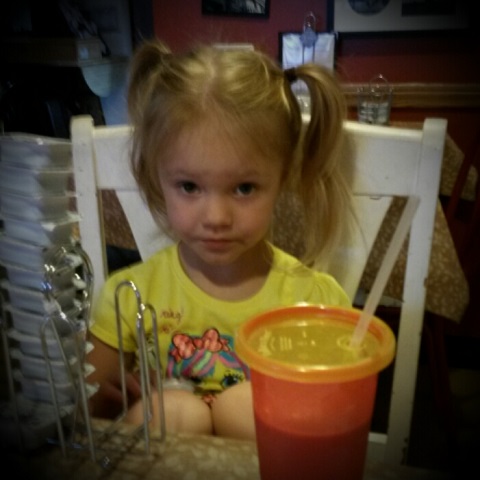 Okay, fine, is that not enough persuading? We've got Murray Kowalski from the law offices of Anderson Bruford Wakeman and Howe here in the studio right now. He'll give us $200 if we can raise another $527.42 cents in pledges before 9:00 this morning. That represents almost 40 full minutes of his hourly rate. He also says if you don't give, then screw all of you, he's not giving us a dime. He'll just sit here and drink our beer, and when he's done, he'll kill and eat a kitten. Dear god, think of the kittens!

Okay, you want something for the effort? If you pledge at the $150 level, I will personally give you your choice an autographed coffee mug, drinking glass, or g-string -- yours to keep and enjoy.

(No, seriously, these things exist. You can buy them here.)

So call now, make your pledge, our operators are standing by ... $2 for the first minute, .99 cents each additional minute.

No, seriously, we don't need your money, we're just annoyed by the public radio pledge drive guilt trip we've been getting all week. Of course if you want to give money, there's a tip jar, but honestly, we're good. Thanks.