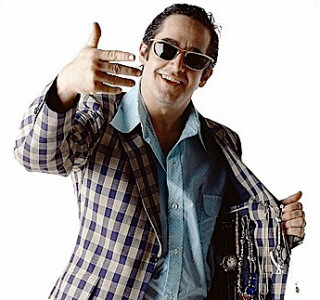 I am constantly inundated with complaints and horror stories about various venues and "promoters" around town.  By the same token, I am friends with most of these same venues and "promoters" who inundate me with horror stories about bands.  Then of course, everyone asks for a recommendation as to who they should be working with, as if I'm Mary Matchmaker or something over here, and I have no idea who to believe or what to say.  After literally years of trying to stay out of all of this mess (again, I have friends on both sides of this war), I recently realized that the problem may be as simple as a lack of understanding of roles and responsibilities, combined with the fact that people are using generic titles, causing other people to make the wrong assumptions about what their actual role is.

I did a little research, so let me start by level-setting this whole thing with the industry-standard definitions of typical roles.  These are the ones the guys from the record labels are going to use when they start asking you questions.  I'm not suggesting that all band managers stop calling themselves promoters, or all promoters start calling themselves booking agents as appropriate, but I am saying that you need to know the difference, ask for clarification up front, and don't go by what's on the business card.

Promoter:  A promoter generally works on a per show, per tour, or per festival basis.  This person is in charge of securing the venue, doing advertising, hiring sound techs, reserving any lighting and PA equipment needed, and making sure everything runs smoothly.  A promoter hires bands on a show-by-show basis and pays them a set fee or pre-arranged percentage of proceeds.  This is almost always done after that promoter has covered their expenses and fees.  When a promoter is involved, the band works for the promoter, and their only responsibility is to show up and play.  The promoter is responsible for providing the audience; the band is responsible for providing the entertainment.

Booking Agent:  The booking agent works for, and is paid by a venue.  This person is in charge of filling up that venue's calendar, and probably doing some generic promotion for the venue, which includes who is playing there.  Maybe the venue has some regulars, but the booking agent is not responsible for giving the band an audience.  The booking agent gets paid by the venue if 10 people show up or 1000 people show up (job security not withstanding).  When working with a booking agent, the band is ultimately in charge of their own promotion, and may be responsible for their own ticket sales, or minimum audience requirements.

Band Manager:  A manager is hired by, and works for, the band.  The manager is paid by the band in some arrangement -- usually a share of band revenue.  This person connects with booking agents and/or promoters to get the band shows.  They may also perform the duties of promoter, if there is not one, but generally only as far as promoting their band's appearance on the lineup, as the band manager only makes money after the band has made money.

Too often I hear complaints about venues not doing enough to bring in a crowd for a band, but that's the promoter's job, not the venue's.  Okay, so the venue may have hired a promoter to be their booking agent, happens all the time, but they're promoting the club, and you're working for the promoter, not the other way around.   If you want someone to bring in a new audience for you, then YOU need to hire that someone yourself.

On the flip side, I hear a lot about bands going to work with a promoter who only books them at one venue, or for a couple of shows, and then doesn't call them for months at a time.  In these instances, it sounds like what you wanted was a manager, not a promoter.  Remember, the promoter works for the show, and will hire you to play if he thinks you fit the bill and will draw for that bill. The promoter has no responsibility to you beyond that.  If you want steady gigs on different bills all over town, then you need to hire a manager, whom you will be paying out of your own pocket.

Finally, there are definitely people in this town who use vague titles and definitions to find a way to getting a cut of your money without doing any actual work.  Always consider the value someone is bringing to the table in exchange for the amount of money they are taking from your potential revenue.  Examples are "show promoters" who require you to do your own promotion and sell your own tickets; band managers who take a share of your door receipts but still require you to do all of your booking; or booking agents who work for the venue, but get paid via a percentage of your take instead of (or in addition to) a set salary from the house.

And by the way, don't rack your brain trying to figure it out.  While I often, at different times, perform the duties of promoter, booking agent, and band manager, I do not consider myself any of these things.  I've got an agenda, and a plan, but it doesn't involve taking money from artists or making money simply for supporting my local music scene. Oddly enough, my reasoning for this was originally to be the topic of this post, but as usual I got off track.  We'll start from here again next time.