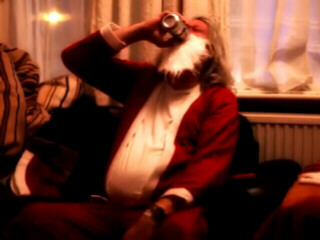 Okay, we're going to try something new here.  As my New Year's resolution each year is to start blogging regularly, and I always break it, I figured I'd try getting a jump start on the habit a month or so beforehand, that way this will be old hat by the time the ball drops.  This year, I'm pledging nothing fancy, maybe just a couple of paragraphs, maybe more, and nothing that requires serious thinking or persuasive argument -- at least not for this series of posts.  Basically, I'm inspired by my friend, Simon Saynor, who can write the most trivial bits of his daily life into his blog, and yet I'm completely riveted to his every post.  (Tangent: Not coincidentally, yesterday was his final day as the morning drive time personality on SineFM.  Granted I rarely listened to him live -- drive time over there is 2:00 AM here.  I'm sure he's heard it a lot from the people he sees on a daily basis, but he will be missed.  Fortunately, I saved a lot of his podcasts.)

The point being, he's a great blogger, and I'd like to get to that level, so that's what these "From the Console" segments are going to be.  The trivialities of being me: What I'm listening to, what I'm working on, what's going on behind the scenes here at Indy In-Tune, etc.  Be prepared to be both bored and baffled.

Most of you know that I'm a recovering software engineer.  What you probably didn't know is that, among other things, I've written about a half-dozen project organizers/time management systems.  Everything from a deluxe version that tracks what you're doing to the minute and bills that time your clients in real time down to simple programs that are essentially to-do list's on steroids.  However, I recently came across the management system I know of -- aside from turning off the fucking TV.  It's called SpringPad.  If you have any kind of hobby or side project work that you need to keep track of, check this app/website out.  Right now it's keeping track of 36 Indy In-Tune-related projects, most of which have multiple subprojects and subtasks associated with them.  Best of all, it synch across my tablet, phone and multiple computers as I work on stuff am reminded of new tasks that I dropped the ball on.

For example, one "card" in my "notebook" (Tangent: don't you just love it when software terminology steals and keeps the name of analogue it's replacing ... like "address book?"  Who has an actual book of addresses these days?) says "Record Ten Track Drops" and another says "Record New Shine Commercial."  Now, Brandon (Cannon) and I did give a half-hearted effort to kock these out last last night/this morning around 1:00 AM.  Honestly, I was brilliant!  We took the better part of 45 minutes to write and record a 60-second sequel to last year's Shine commercial.  That completed to the point we were satisfied, we then proceeded to record the track drops, which consists of 1) Drinking lots of beer, 2) Leaving the mics rolling for a hour while we randomly take pot shots at our friends' songs and adding "... you're listening to Indy In-Tune" at the end, and 3) Saving the resulting mostly-unusable verbal garbage over top of the Shine commercial ... thus ensuring the collective productive output of the evening remains at zero.

At least there is symmetry.