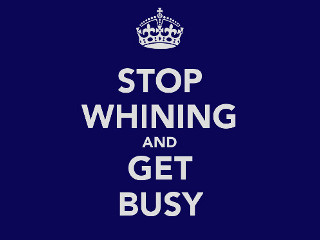 Much grumbling on the Facebook page today about the lightning round question.  Sorry folks, these were all randomly chosen and pre-programmed to be tweeted and posting weeks ago.  It's not like I sit around looking for something to get everyone into a lather.  Topic in question, "What is one thing you would change about he local music scene?"  Of course, the most popular answers haven't changed in the eight years I've been asking the question, it's likely they haven't changed since I was old enough to listen to music in the local scene, and I doubt they're going to change any time soon given our current preponderance for doing the same stuff over and over again and wondering why we get the same results over and over again.

Answer #1:  We need more support from local media and national record labels.  I'm pretty sure if you scan the blog archive, you'll find about a half-dozen articles I've written over the years about how our local radio stations aren't in the business of giving away free promotion to local artists, and even if they wanted to, most of them have their format and playlists dictated to them by a corporate board room in either San Antonio, Texas or Bala Cynwyd, Pennsylvania or Silver Spring, Maryland.  Further, if those playlists are any indication of what their audiences want to listen to, then the average radio listener in this town in more interested in hearing a 20-40-year-old song for the 10,000th time than they are about your music anyway.  Record labels, even worse.  They're job is to make the most money they can off selling music.  In the interest of efficiency and maximizing profits, that means they're going to go up the street from the office and grab whichever acts already have their shit together and sound like whatever's popular at the moment.  They are not, nor have they ever been, in the business of grabbing unknown artists in the middle of the country and developing them into celebrities because they saw some sort of potential.  In short, please stop waiting for corporate America to grow a heart, and do it yourself.

Answer #2:  Venue owners need to promote us as much as we promote them and quit requiring us to bring x numbers of our fans to their bar.  Again, and I hate to disagree with my friends in favor of "the man," but it is a very common misconception that bar owners are in the business of music promotion.  It's not that they don't like you or want you to success, some of them hire a club manager whose job it is to help you promote, a la Jeff Sample, but really they've got enough problems running their own business without getting in to artist management.  Most bars have a core group of people who will show up whether you're playing or not.  Your band was not hired because the bar owner really wanted to hear your music.  Your band was hired (and hopefully paid) because it is believed that you will bring enough new people into the bar to add to the owner's existing customer base, and earn back the money you were given plus additional profits on top of that for the bar owner.  Now, that said, there are two things a band needs:  1) money and 2) new fans.  If the bar owner isn't paying you and doesn't have a significant built-in audience of people who haven't seen you play before, I think it's perfectly acceptable for you to require them to at least take out an ad in Nuvo to promote the gig and raise the potential for some exposure.

Ironically, before these responses began flooding in, I was already typing my particular desire for change, "Stop whining that everybody owes the local music scene something, and instead put that effort into doing something new and buzz-worthy that will make them take notice."  There is no reason why Chicago, Cinci, Louisville, Milwaukee, Cleveland, St. Louis, Detroit, etc. shouldn't be using us as a central hub for exposure to the Midwest music scene.  We just need to come up with an idea that makes them go, "Holy Shit!  Look what Indianapolis is doing!" instead of, "Hey, my band is playing your bar there in Indy on our way through to Chicago.  You wanna open for us for free?"