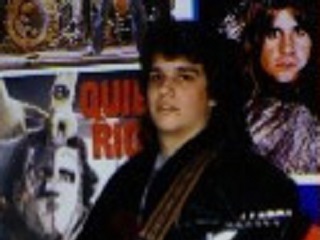 Okay, so I'm looking at having to do a full year of Monday Mix Tapes? Crikeys, that's 520 songs! I promise I'm going to try to do a breadth of stuff, some of it stupidly familiar, some of it less so, and I will do my damnedest not to intentionally duplicate a song, and minimize the number of times I duplicate an artist. Still, it not going to be easy, so this is where I need people to chime in with "guest mixed tapes" or at least suggestion for different mixes I could try to come up with.

Since I'm a bit pressed for time this week, I'm going to cheat a little. I know some of you younger kids are completely baffled by the concept of "cruising," but I assure you, in the pre-Internet/pre-cell phone age, this was just what we did on Friday nights. You couldn't exactly call your friends if they were already out. (Well, there was "answering machine tag," but at 25 cents a call from a payphone, this wasn't very efficient either.) I know this is considered very irresponsible in today's day and age, but "cruising" mostly consisted of driving up and down a popular thoroughfare, blaring your favorite music as loud as you could, until someone of the opposite sex made eye contact (or whistled, or screamed, or whatever), and you followed this complete stranger back to their home to hang out in the driveway and smoke cigarettes. Terrifying to you kids, right? Worse, in our case, the thoroughfare was East Washington or Madison Avenue, occasionally Shadeland Avenue or Pendleton Pike if those were dead.

Point being, music was the key to this scenario, and Doc Reeves and I (you'll remember him from the VERY early episodes of the podcast), had our definitive cruising tape. Though it was lost to "Jaws" -- as we called my tape-eating car stereo back in high school -- the sequence of songs and the exact timing of the space between each is forever engrained in my memory. The first ten tracks went something like this ...

Judas Priest -- The Hellion / Electric Eye Of course, the official rule was, you don't put this song on until all passengers are in the car, and cruising has begun. In fact, even if you just heard it and are somewhere else in the tape, you must rewind and start the tape over with this song.

Sammy Hagar -- Heavy Metal There are distinct differences between the album version and the version on the Heavy Metal Soundtrack. Our evening invariably kicked off with the later.

AC/DC - '74 Jailbreak If talk of crusing Shadeland and East Washington sparked a memory, let me throw another one at you: "The Quarterdeck."

Black Sabbath -- Trashed the post Dio years are universally panned by people, but to me, 1983-1996 were some of my favorite albums of theirs.

Frigid Bich -- We Rule the Night I don't know if my copy of NY Metal 1984 was lost to time or is buried in a box in the back of Studio B (the part that looks like warehouse at the end of Raiders of the Lost Ark), but I'm so glad the entire album exists on YouTube so I can relive it.

Hawkwind -- ECT Yes, between Hawkwind and Rush, you can see my proto-prog geekiness already spilling into my heavy metal tendencies, both were considered kind of free passes back then though.

Ted Nugent -- Motor City Madmouse Yeah, I know, but we knew precious little of his politics back then, and at 16, understood even less.

Twisted Sister -- Horror-Teria I'm not saying I cashed in on the good luck of actually being named "D. Snider" in high school, but it certainly didn't hurt my cred.