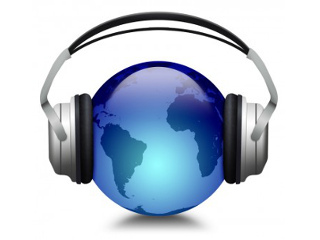 As has been well established, I'm a huge fan of radio -- on-line radio in particular.  Which is probably a good thing, considering how I chose to spend my free time.  The defacto tool for on-line channel surfing, and most popular app on every connected device I own, is TuneIn.  If you don't have this yet, go get it.  If you do have it, go buy the paid version, it's worth the five bucks or whatever it costs.

The latest update adds some long-overdue socialization features where you can "friend" people and see what they're listening to.  Great, except that by default everyone's bookmarks are "Private."  Who's going to notice this AND go through and change privacy settings?  So great, I'm following a dozen or so people whom I suspect have some great finds they've made on-line, but only one of them has made his bookmarks public.  Not exactly the feature I was hoping for.  Strike 2 is that, for some ungodly reason, the new version does away with the ability to categorize and group your stations together, which is a nightmare for people like me who have 100+ diverse stations meticulously grouped.  Instead when I log in, I get just a big long list and have to do lots and lots of scrolling to find whichever station I'm looking for.  To combat this, I have created a page in my personal organizer that maintains my old categories, so I can get to things quicker than using TuneIn's interface.  Since there may be at least one person out there who is interested in this kind of stuff, I figured I'd also post it here as the daily blog.

So here is the definitive list of Darrin's favorite terrestrial and on-line radio stations, grouped by genre/mood: