An In-Snide Look #224: Wherein I Test My l33T IT Troubleshooting Skillz 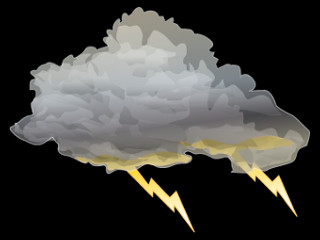 Funny how sometimes your anger is completely misplaced and you feel like a total idiot about it later. Take for example my recent struggles with AT&T, who provides the Internet connectivity for myself as well as all things Indy In-Tune ... much to my chagrin. For almost a month now, I've been getting daily alerts from them about my "extreme usage" ... and telling me that they are billing me an additional $10 for another 50GB. Now, at first I had assumed that their silly automation was merely telling me about it on a daily basis. You're AT&T, you can't limit yourself to one email telling me you're billing me an extra $10 for heavy Internet use?

By now you're wondering why I'm still going on about this. Well, frankly it's because I had to blog about SOMETHING today, but mostly because right before I was about to call AT&T and give them a piece of my mind, I found the actual culprit -- something a lot of you, my dear readers, may encounter at some point, and you'll thank me for going through the troubleshooting pains for you.

You know those "shared drives" we're all using these days for passing files back and forth? Personally I use Dropbox, Amazon Could Drive, and Microsoft Skydrive in my various lives. Obviously you know they're always running and constantly talking to the cloud. You can tell because of what is usually an animated "synch" icon that pops up from time to time. Did you ever count how many computers are actually talking to that shared drive? Personally, just in my home, I have a phone, a Kindle, a laptop, a desktop, and the console in the studio hooked up to these. This way if I get sent a cool track in the mail, buy a band's CD on my phone while I'm at a show, or somebody submits something, the other four computers I'm NOT on at the time will download a copy for my convenience.

Did you ever wonder what happens when five computers running poorly written cloud drive software (Amazon Cloud Drive, in this instance, by the way) argue over the same corrupt file without any means to recover or give up? Yep, they all continually attempt to download it, fail, and try again. Turns out when you do the math on the bandwidth of five computers downloading the same file over and over 24/7 for two weeks adds up to about 55GB per day ... or $150 if you don't catch it quickly enough.

So, screw you, Amazon for writing shitty software with poor error handling ... and bite me, AT&T for being heartless and not at all helpful about my plight. To the rest of you, you're welcome for the free troubleshooting.

But, on the bright side, I notice my Internet speeds are a lot better now. Still not good, but a lot better.