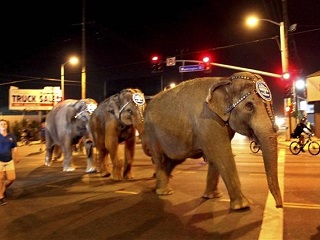 So, from Sabbatical to Twenty Tap to Joe's 2 (... or is it 3?  Err ... the one on 82nd next door to "Chicken!" ... obligatory exclamation point theirs, not mine).  Ryan Brewer (and his hat) are preparing to embark on his 12 shows in 12 days tour of the Midwest.  I believe he's even going to Iowa ... which may be a first for an Indiana artist ... possibly any artist. I'm looking forward to hearing what the Des Moines music scene is like, actually.  Seems like a nice place in pictures anyway.

Did get into that obligatory argument that one ALWAYS gets into when surrounded by local music veterans (read: old farts who don't play much anymore).  You know, that one where everybody expounds their theory as to whose fault it is the music scene is declining and their image of the magic fix that would miraculously make us all millionaires.  Normally this consists of me sitting around nodding saying, "Yeah, I blogged about that idea..." a lot.  (At least we're all on the same page.)  I still maintain that there really isn't one thing that can be done to "fix" things, and I'm pretty sure we don't all have the same vision in mind for what a "thriving" local music scene looks like.  Henry French, however, had the best analogy I've heard thus far:  "It's the baby elephant walk." (And here I thought that was just a hazing ritual I went through in the fraternity that I swore I'd never speak of or blog abou-- wait ... what?!)

The premise of Mr. French's metaphor is that there are the pillars of artists, venues, promoters/managers, media, and fans.  Each of these is pointing a finger at the person on their left as the reason things are "bad" right now.  Artists blame venues for not getting paid, venues blame promoters for not bringing a crowd, promoters blame the media for not giving any coverage to local arts, media blames the fans for dwindling readership/viewership that forces them to cut original content in favor of purchased national content, fans will argue that there aren't any artists playing the music they want to hear.  Now, whether any of this finger pointing is justified or not could be the subject of a half-dozen more posts, some of which I've already made.  Still, I live the image of a pachyderm circle jerk gradually wearing a rut in the ground and spiraling into the depths.

Anyway, you've got your pick of great shows if you're looking to get out tonight.  I really don't think I'm abusing my forum (contrary to the opinion of some) if I mention that my band, The Mess, will be playing Birdy's alongside our friends The Grinning Man and Jeff Kelly. (Squeee!)  For those of you who on the harder stuff, I'd be excited about Eyes on Fire, Pragmatic, and Dead Man's Grill at 8 Seconds Saloon -- a great venue that doesn't put on enough rock shows.  Also in my picks for must-see shows:  Gypsy Moonshine are at Fountain Square Brewery for a happy hour show at 6PM; Chris Burch at Books and Brews at 8PM; Andrew Young at Champps (Keystone); and of course Kolo Bell at the Hey Cafe in Greenfield. If I'm leaving you out, put your show in the comments and I'll give it a tweet.  I'm a bit behind on the calendar this week, sorry.