Fans by the Numbers 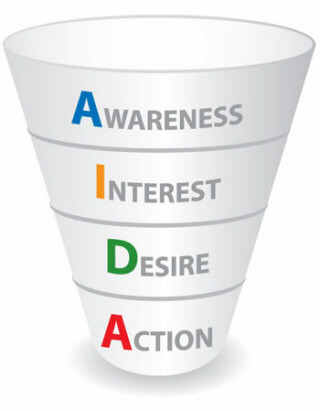 I had an interesting exchange this morning with a local promoter/manager whom I greatly admire and respect.  I guess he was feeling a bit down about lack of enthusiasm or participation from "fans."  Now, he's not the sort who blames fans, venues, or the media because things didn't "just happen" for him (also why I particularly like this guy), he simply lost his perspective on what it means to be part of the original music scene, in a mid-market, Midwestern town, in an age where the industry itself is in a somewhat transitional state. In this case, I took it upon myself to remind him that he manages some of the most-talented, most popular bands in the city, so the fact that just about everyone in the "four cliques" of the local music scene knows their names is a phenomenal achievement, which combined with the fact that I've never heard anyone say an unkind word about him, tells me he's doing great.

I see this frequently, and it happens to everyone.  Look at my collective output. There's a definite sine wave pattern to my rate of content production.  Fortunately, with "Battle Season" starting, and me finally getting being a part of it, instead of a mere spectator this year, I'm at a high-energy point right now, with plenty to spare for you guys who feel like this is the dog days of summer, when a million festivals and battles are going on without you, and things just aren't as fun as they were last year.

Now, contrary to popular belief, I'm not a promoter  of bands anyway.  When it comes down to it, I book or suggest shows pretty regularly, and I do what I can to get butts in the seat for any show.  Fact is, however, I often find myself at odds with promoters and venue owners because it frustrates me to no end that most are perfectly happy seeing Band X, Band Y, and Band Z playing on a bill together in Venue A week after week if, historically, that combination has put butts in the seat and made beers slide across the bar.  Okay, that's how they make money, pay rent, and feed families.  I get that.  It's not my endgame though.  I'm the "local music scene evangelist."  I'm of the mind that this practice is just milking a shrinking audience over and over.  I know many bands are of the opinion that word-of-mouth will eventually cause a snowballing of fans until the venues are packed and record labels show up at the door with contracts, but the numbers just don't work like that.  I can show you my math.  Right now, the local, original music fan base just isn't that big, and many of those we do have are probably of the mistaken opinion that they've seen everything.

If there's a business model for Indy In-Tune, it's not going to be cash from the door or a percentage of booking fees  that's for bands and venues.  For Indy In-Tune, it's going to be ad revenue from local businesses who want to get in front of the 20-30 night life crowd whose mindset supports local.  Now, assuming my seven years developing broad relationships with bands all over the city means that I've already saturated myself with the majority of the existing music fans, as have many of the local bands. The only way to grow the base is to get in front of new ears, and more-importantly grow the base of available ears from outside the scene.  (It suddenly sounds like I have a bucket of ears I've collected and hidden in the shed, doesn't it?)

I don't take any money from things like the PodConcerts, Shine, and Monday Night Live.  (In fact, I'm ALWAYS the first one to put a $20 in the tip jar to help cover the artists I book.)  To me, events like those are giant infomercials for the local music scene, and by association, Indy In-Tune -- the bands and venues are more like my cast and crew that get paid up front while I wait for the long-tail benefits.  So, while I love my friends and fans and all you familiar faces who encourage my behavior and keep coming out to these shows, but what I'm really looking for are lots of NEW faces.  Why?  Statistics show, after seeing the logo and hearing the name "Indy In-Tune" 5 times, 1% of these new people will join the rest of you guys as regular listeners.  That's it.  Just 1%.  That's a respectable, average conversion rate.  I fight tooth and nail for each new heart and mind won.

Allow me to be transparent with some real-world numbers.  Over the course of a 6-hour PodConcert, about 150 people come through the door, usually in support of one or two bands -- almost nobody will stay for the whole show.  By the rule of 1%, let's round up and say I convert 2 people to being regular Indy In-Tune listeners, thus putting them on the path to becoming fans of the local music scene in general  you're welcome, Indianapolis.  This is not a bad outcome for me.

Now, if I run that exact same lineup a second time, it's a fair estimate that about 20% of the audience isn't going to be gung-ho enough to come back.  However, you could also argue that about 30% wanted to come last time, but either forgot, or something came up.  Let's say optimistically that enough of them come that we can offset 20% we lost.  Also assume that the 1% (2 people) I converted last time will bring a few friends along  let's be generous and say two people each, so now I've got 4 hot prospects.  So, in the end, show #2 draws right around the same number of people as last time, which is good for the venue and the band, since they got another steady cut of the door and bar receipts.  For me, there's a huge difference though.  This time 80% of the audience has already seen the show, and while they enjoyed it enough to come back, they completely failed to convert to Indy In-Tune fans  making them even less-likely to convert this time.  So my target audience is now the 20% that weren't at the last show  30 people.  Sticking with the 1% rule, I have a 30% change of getting one new listener for my efforts this evening.  In fact it's a little higher, because with a little effort, I've got a good chance at converting one of the four hot prospects.  Lesson for you bands:  This is also why you should single out and be particularly nice to friends of your regular fans when they come to your show for the first time.

To carry the model out, there is no point in running this show 3 or more times, as I've now exhausted the pool of people who wanted to come but haven't made it yet, and I'm still losing 10-20% through attrition, so the audience is steadily shrinking.  Now, the converted ones (now 3) will probably bring one or two new hot prospects every few shows, so I'll need to personally work to get them out to my next event via the mailing list and/or social media, but that's about it.  This is where I suspect a lot of bands and venues are right now.  They're doing the same thing week after week and wondering why, no matter how good they play, the audiences are getting smaller and smaller.

By the way, these numbers work for cover bands too; you just multiply everything by 10.  Internationally famous bands?  Similar principles, except that by that level, you're playing to a mostly-converted audience and a their hot prospects.  (THAT'S the snowball you're looking for but never go to.)

So what did we learn?  Well, first off the music scene works like Hollywood.  You can usually get away with a sequel in terms of dollars, but you probably won't gain many fans.  And as soon as you make the third movie, they're going to start leaving. Remember, the movie that coined the phrase, If you build it, they will come, never even had a sequel.  Your fans will largely stick with you (that's why they're called fans, and that's why we love them).  If you want to grow that fan base though, you need to seek out new converts and hot prospects, or find a compelling new reason to bring them to you week after week.  Finally, and at some point we all need to realize that there are only a finite number of potential fans out there, and THAT's the number we need to be collectively looking to increase by turning new people on to this great local music scene.