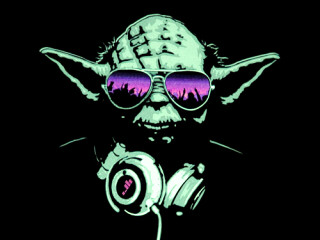 Saturday morning, my favorite time of the week.  Kiddo is still out, coffee is brewed, dishes are done, music is going, time for the weekly administrative duties: running through submissions, changing out next week's programming, catching up on correspondence, tweaking the rotation a bit, that kind of thing.  If there's any time left, I get to run through that "Hey, you need to check out ..." pile of music that I've thrown up on Spotify.  Got a ton of stuff in there from buddy Dave Vogt this week.  The guy just kept spouting off band after band that I'd never heard of.  For example: White Denim, whose Wikipedia page describes them as dub, psychedelic, blues, punk, progressive, soul, jazz, experimental rock.  I'm thinking, "Hell yeah!  Can't wait to hear what that sounds like!  Wait ... no industrial metal!?  Never mind, I mistakenly thought you had it all."  Again, this is the high point of my week.

Which actually brings up another point.  I think I mentioned one of my heroes Simon Saynor signed off the air last weekend.  This was actually the second loss recently as James Hamilton-Trewhitt, host of the Bandwagon on Radio Teesdale out of Barnard Castle, County Durham, UK also stepped down recently.  While I listen to a number of radio shows regularly, each for different reasons, Bandwagon was my source for discovering new stuff.  I'm sure you guys have noticed, I've been an ostrich with my head exclusively in the local music scene for seven years now.  Every time you mention a band from this century that is known outside of the midwest, I just smile and nod a lot.  So, those of you who have endured my Cast of Cheers, Bombay Bicycle Club, Pidgeon Detectives, and other strange musical obsessions -- like the ramblings on why there isn't more good electronica/dubstep being made in this town -- have James to blame.

This also serve to notify all involved that the post of "Musical Yoda" is now available again after being held by James for the better part of three years, after he took it from C.C. Chapman, who also abandoned the post abruptly for this thing called "the real world."  I don't know what that is, but I'm sure I don't like it.  Anyway, if you think you can hack it in that slot, I invite you to submit five tracks that I will love on first hearing from five artists that I've never heard of.  You are of course invited to explain why I will love them (I like to be analytical about my music), and you get bonus points if I don't think I will like them, but you manage to change my mind.  Go!

Meanwhile, in my quest to dodge the real world, I apparently have Jeff Byrd, Dell Zell, and Audiodacity dropping by Studio B this afternoon for a little on-air (on-stream?) madness, so obviously I need to get to the liquor store soon.  CC can have that executive marketing gig, and I hope James is happy in corporate/commercial radio, but this is more my kind of ideal Saturday.