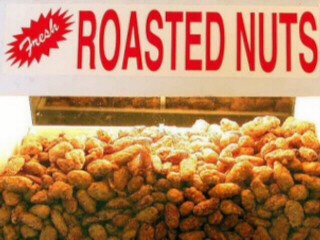 So I'm growing weary of being that weird guy in the bar typing on his a laptop, so I'm scouring the north side of Indianapolis looking for a new place to that weird guy in the bar typing on his laptop.  This is my third secret location this week.  I like it for the comfy chairs, but the wait staff isn't the best here and the food selection pretty much sucks, so I'll have to continue scouting.  The first place was a bit too noisy   and didn't appear laptop-friendly as they say.  (Tangent:  We need to make a public service brochure to hand to bar owner that informs them that if the audio from the TV is unintelligible because it is reverberating off a stone floor and metal ceiling, it cannot be made to sound better by increasing the volume)  The second place didn't have tables, just comfy couches, which meant I was forced to burn my nether regions with the bottom of my laptop, because crossing my leg to make a little thigh table puts my foot to sleep and is probably one of the contributing factors to my aching knees.  Has anybody had any luck with portable, full-sized Bluetooth keyboards?  Seems I had one back in 2004 that I loved, but of course it was infra-red, and the certainly don't make those things anymore.  It was probably destroying the ozone layer or the bees or some such thing.  Damned technology.

So, great show from all concerned last night.  Good to see a lot of familiar faces from other bands like Square Social Circle, Minute Details, and even Erin from Coy Koi in attendance.  Three D's is turning out to be a great venue for local, original music, very supportive of everything Brandon is trying to do and even willing to pay the bands up front for their performance.  Only downside I noted was the lack of adequate lighting on the stage while the pool tables in the back of the room were in full illumination.  Well, I suppose you can't have everything.  Indy In-Tune will be hosting a show there in March featuring Josh Kaufman, Bashiri Asad, and Audiodacity  yes  an evening get naked and crawl all over each other music.  Meanwhile, I think Brandon has two or three more lined up for you.  You should definitely check one of these shows out.

So tonight it's Jim and Donny at Shine in Castleton Grill.  I guess someone pointed to that calling them Dead Squirrels, and using their existing printed marketing material on a marquee of a restaurant wouldn't exactly inspire anyone's appetite  well at least not the appetite of anyone they particularly want hanging around their establishment.  I'm sure there are a few fans of Loon Lake Lodge wandering aimless around Castleton now that it's finally burned down (in a grease fire  in the attic  three years after the restaurant closed  no no no, nothing suspicious going on here).  Point being, you should probably pop out to the grill and join us, as they are another fine venue that has been supporting local music for the better part of a year now, and also pays artists up front for their time and effort.