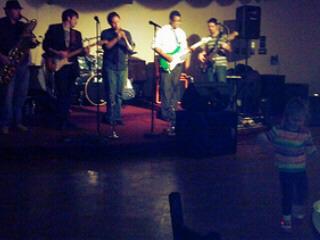 Snowpocalypse: T Minus 2 Days. Here we go again. Already getting warnings about major snow and the coldest temperatures in 20 years next week, and I haven't even gotten around to shoveling the driveway after the one earlier this week. No doubt comparisons will soon be made to the blizzard of 78, which celebrates its 35th anniversary this month. Of course I'm failing to see how 8-10 inches of snow compares to drifts that were measured in feet, but whatever makes these kids feel important it seems. I remember '78, from the perspective of an 8-year-old kid who got to miss school for a couple of weeks, it was a blast. Although we didn't have snow days back then (I think they were invented because of that storm), so I'm sure that gap in my 3rd grade knowledge is why I've never been particularly good with long division.

All of that cynicism aside, the day job has already said we should expect to be working from home on Monday, owing to the -15 degree expected high temperature (that's -26c for my UK chums). I'm expecting to be cowering in a corner somewhere with the shakes because last time that happened the transformer in my front yard exploded and left me without power for twelve hours. Did you ever see a geek without electricity? I'll give you a hint, the thought process works like this:

Seriously, that's how it went down last time. At least I've learned how to pop the manual release on my automatic garage door opener so I can open the door by hand. Had Duke Electric not come and rescued me with glorious power later that day, I surely would have starved to death in my car for not knowing that vial piece of information.

So, enough of how I figure I'll be spending my life in the post-snowmageddon world, I should probably talk a bit about something remotely rated to music. Caught the first set and a half of Audiodacity playing the American Legion tonight. Always interesting to remember that this was a cover band for a long time. Also interesting to speculate if this is another key factor in their current popularity as an original band. Or maybe it's just the fact that they guys are great and know how to work a crowd. Either way, Lil' Q had a great time dancing, though she was a bit intimidated by a whole bunch of guys she didn't know paying attention to her all of a sudden, well, except for Foxdaddy. She was ALL about the drummer  but then, from what I've seen this is pretty much how Adam rolls with the ladies. Don't panic though, I have a few years left to instill my no drummer values into mine.