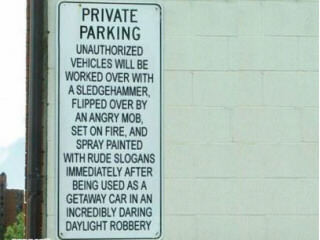 You know, you would think that after a fashion I would learn.  There are so many life lessons that get put down in blog rants, tweets, Facebook posts and the like.  I remember, for example, that certain things were never meant to be together -- Chinese food and Everclear, as an example.  I remember, for example, the quickest way to get your ass thrown to the curb outside The Hop (East) by that big bouncer guy.  With these lessons firmly engrained, you would think "Stay away from Broad Ripple" would have stuck in my head a bit better than it did.  Why? you may be wondering?  So glad you asked, as this happens to be the point of today's rant.

First off, there's the obvious, "You look like a lecherous old man desperately trying to look hip and trolling for drunken chicks half your age" factor.  I've pretty much learned to live with this as a side-effect of everything I do.  Besides, I can't help it if co-eds like the silver fox look.  Second, while there is good food and beer to be found here and there, there really is practically nothing in the way of decent music other than Sabbatical.  Meanwhile, the lack of enthusiasm for the son of the son of the Upper Room tells me that we'll have to wait another ice age before live music is welcome by the clientele who frequent that part of town and think Imagine Dragons is a really cool band.  (Lack of enthusiasm may be an understatement here.  Most of the time, if you were standing by the door, people avoided eye contact and occasionally walked out into traffic to avoid you.)  Third, it really is a dangerous place.  At one point, I had my car jimmied into and cleaned out.   Then, six months later, my back window was smashed in and the contents of the car were left untouched, save my coin holder, which was missing approximately $4.50 in nickels and dimes.  I figure the booty on that was its own punishment, because you just know they got laughed out of the gang clubhouse with a handful of dimes.  As the unenthusiastic law enforcement official who took my statement pointed out, it's my fault for parking in a well-lit lot with plenty of witnesses around.

Which brings me to my fourth reason for avoiding Broad Ripple: Parking.  What a fucking racket this is!  Let's forget the fact that the odds are, you can't park anywhere near the establishment you're visiting and will instead be at least a half-mile away  and it will be raining  or snowing  or possibly just really, really foggy.  Let's forget the fact that you're going to pass probably no less than three huge, empty lots that are either vacant and overgrown or belong to a business that closed four hours earlier, yet all of the spots are guarded by a large, unfriendly sign making vague threats at the well-being of your family if you dare leave your car anywhere in the vicinity. Let's forget the fact that the stupid parking machines (when they're not out of service) are so poorly designed that you are invariably in a five person line of potential how do you know if a blonde jokes, none of whom can figure out if they put money on their meter or not.  No, the trouble with parking are the elite group of recently graduated high school hall monitors that I like to call, The Enforcers.

More on them tomorrow, as I am already over my 500-word target and need a topic anyway.