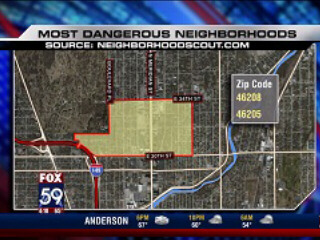 I keep putting off doing this post, primarily because it could so easily be misinterpreted as one of those "name calling / starting shit" posts that I absolutely hate and generally refuse to be a part of.  It has come up in multiple conversations lately, however, so I figured it bears documenting here, at least.  I'm just not sure where I stand or how to phrase it so as not to offend anyone.  So, fuck it, let's just type -- stream-of-conscious style.  So right off, let me disclaim: I am not looking to start shit with anybody, or call anybody out, or question how anybody runs their business. I'm not that guy.

But, what will it take to grow the audience of local music fans?  Not get fans out to shows, but actually bring new fans into the fold, maybe who like live music, but stick with the "known-quantity, cover band" variety because they don't know any better.

I'm pretty sure there isn't one thing, or one solution.  In fact, I can name ten things off the top of my head.  An eleventh came to mind the other day in talking to band about a gig they turned down.  The venue owner wanted a guarantee of a certain draw, and the band came to the realization that their crowd, which is normally respectable, was not going to come to the venue in question.

No, this is not where we start pointing fingers at venue owners demanding *gasp* a return on their investment and demanding minimum draw from a band.  Sorry, but I've already come down firmly on the side of the venue owners on that argument -- they're not your promoter, and they're not venture capitalists looking to take risks.  So, skip that and move on to the next question.  Why wouldn't the band's "crowd" go see them at that venue?  Simple, their crowd consists mostly of 30-something, suburbanite, middle classed professionals.  The venue in question is a quality venue, but if you're not familiar with the area, the neighborhood gives the impression of it being a bit dicey.

I think we as promoters and bands tend to trivialize that, and I think potential venue owners definitely don't take this into consideration when selecting locations, mostly because we remember the previous venue at that location, or we've been to there enough that we feel comfortable there.  Honestly though, if you're from the nice, calm, squeaky-clean 'burbs, aren't almost all of the good venues in rather questionable neighborhoods like these?  The Mel, down on 38th; Rock House, Garfield Park; Broad Ripple is becoming a demilitarized zone, and back when I first started following the local music scene in the 90's, Fountain Square was definitely not someplace you wanted to be parking a car after dark unless you were abandoning it for the insurance money.  (I frequent all of these venues and neighborhoods, by the way.  Again, not calling anyone out.)  Maybe you trivialize suburbanites who are frightened by the big city, but this is a huge untapped, uneducated market of music fans ... with money.

Indianapolis clubs are homes away from home for people like us, but next time you're in your favorite club, imagine you've never been there, and you don't know the clientele and staff personally.  Most venues are dark rooms in buildings that look like they should probably be condemned, at more than one, I've seen drug consumption and deals in the parking lot right next to me when I've walked up.  At many venues, the doorman is obviously baked and reeks of pot, the staff (having dealt with drunken idiots all night) is scowling and irritable, and let's face it, depending on the night, the venue, and the band, you're pretty likely to see at least one shoving match being broken up by security.  To me, no big deal.  It's par for the course and we don't think anything of it.  To the uninitiated that is making their first visit to a local, original music show -- it's probably downright terrifying, and certainly not preferable to the nice, clean franchise bar up the street from their house.

Look, I'm not trying to call out any venue in particular.  There are no venues I personally won't visit due to any of these factors.  Hell, I've gone to see friends play in neighborhoods (*cough* Mars Hill) where I was told to avoid talking to people because my accent is too "erudite" and I tend to use too many fancy words ... like ... "erudite."  I'm just saying, I know a fantastic singer/songwriter who regretted that never went to the most popular open mic in the city because they thought the name "Locals Only" sounded really unwelcoming ... "like a biker bar or something." Another couple froze their asses off listening to music from a parking space on Mass Avenue because The Chatterbox "just looked seedy" to them.  (Dear God, never fear the Chatterbox, people ... it's one of my "Seven Secret Happy Places" on this planet.)  Oh, and I was asked by a friend last week -- who wanted to come to the Indy In-Tune Valentine's show -- If I really felt safe parking my car at Birdys. (I had to explain that I've had to leave it there overnight on more than one occasion, and didn't think twice about it.)

So, what's the solution?  I don't know.  It may be something as simple as being aware of things like this when you ask fans to come see your band.  Maybe spend a few minutes chatting and making them feel at ease.  Perhaps we should really accentuate how great and supportive crowds at these venues, and how good the management is for the band.  Maybe we should start treating these places like the second homes that they are, and be a little more pro-active -- almost like a "neighborhood watch."  Maybe we should be a little self-righteous and put our collective feet down on the drunken assholes who pick fights and the people selling and doing drugs out in the open, not just because it scares the yuppies away, but because that's exactly the kind of shit that gets venue owners in trouble, and we definitely need more of them.  Personally, I would not fix a single piece of falling plaster at the Mel, or move any of the brick-a-brack on the shelves at the Chatterbox, or tell the Rock House they really need to move to a better neighborhood.  These are institutions, each with their own character, and I relish the diversity.