An In-Snide Look #355: Wherein We Recap the Test Run of The Studio B Stage 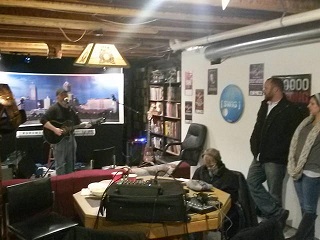 Well, that was fun, if not exhausting. Just completed kicking off the inaugural performance from the Studio B stage, with a small in-studio audience, and a fairly good-sized virtual audience, both on the normal Indy In-Tune Radio stream, as well as on the UStream channel. Aside from a few minor unforeseen issues and a couple of technical limitations, I feel pretty comfortable with moving forward and making this a twice-a-month broadcast event as discussed in the previous blog post.  We'll probably alternate between an acoustic opener/full band set and a "songwriters in the round" set, just like we did the old Monday Night Live shows.  Of course this is all dependent on who we can get to volunteer.  So just for my own sake of recording the evening for posterity, here's the rundown: 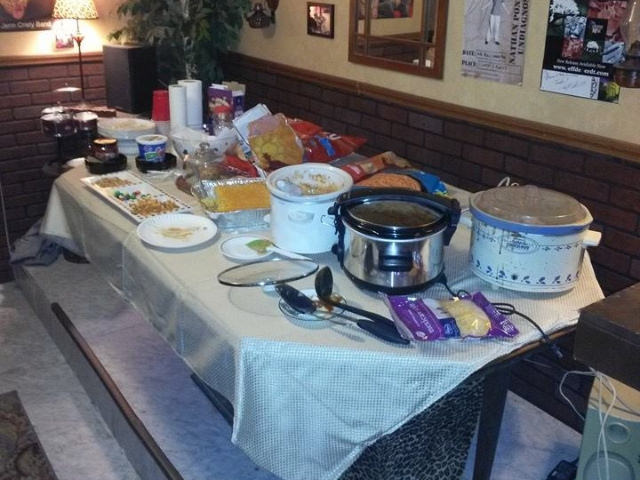 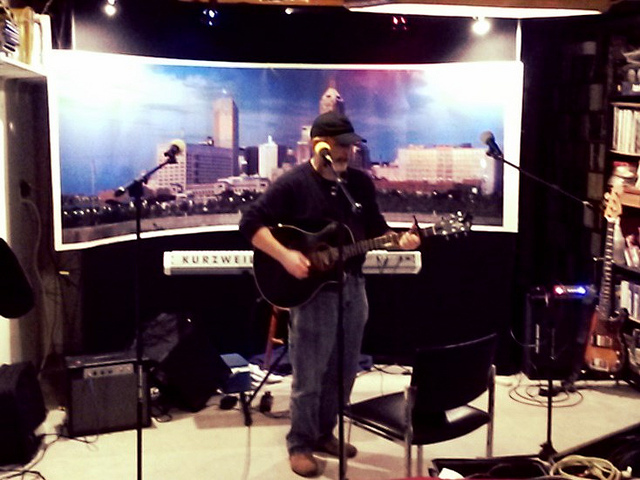 What the Internet saw (Rusty-eye view)... 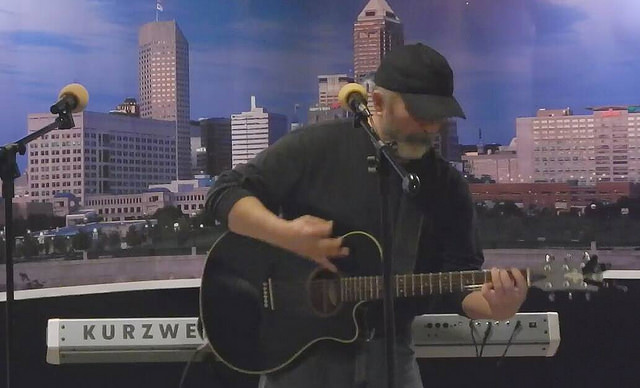 Kolo Bell kicking off the show to screaming and adoring fans. 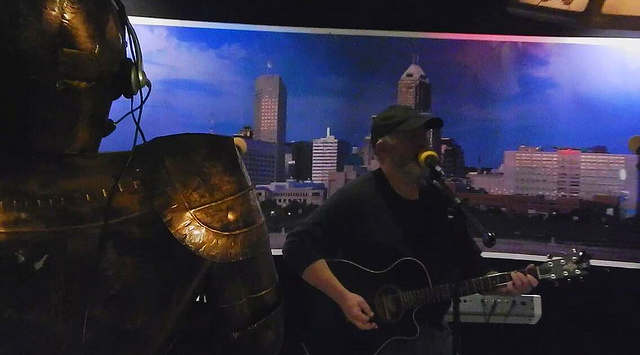 All broadcast live to the Internet courtesy of our camera man, Sir Rusty. 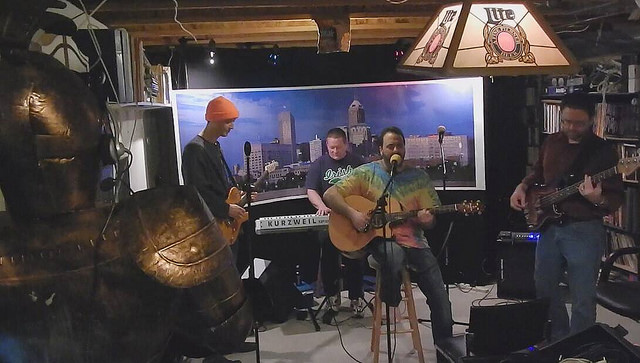 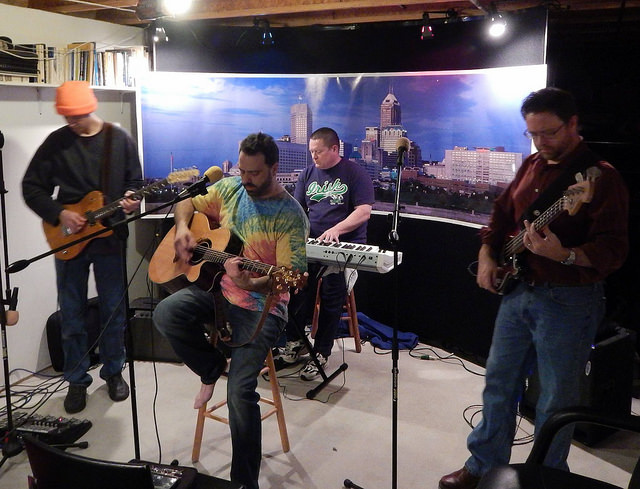 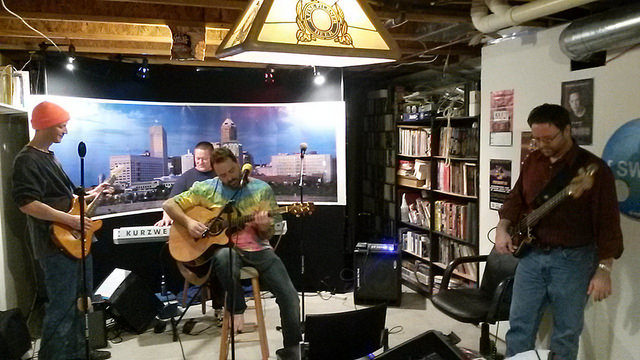 Whoa!Tiger, sans drummers, taking the stage at 9:00 (ish). While they seemed less than pleased, I though the lack of percussion really brought out the keys and guitar more, so I appreciated the sound.

By 11:00 PM, we're grabbing a celebratory beer at Claude and Annie's, uploading photos of the evening, and preparing a blog post to commemorate.

So, there were a few issues to be address, for those who were curious.

So, there you have it. One more item on the Indy In-Tune bucket list checked off. Now for the fun part: If you or a band you know, would like to play the Indy In-Tune stage, which comes complete with a podcast, recording, and live audio/video broadcast to the world at large, all you need to do is drop by the Signup Sheet, and pick one of the Wednesday night slots. Submission does not guarantee acceptance, but we're going to try to get everybody in eventually.

Looking forward to hosting some great events here in 2015.